Based on an in-district to in-district comparison of community colleges in northeastern Illinois, the transition moved City Colleges from being one of the lowest cost community colleges in the northeastern Illinois to one of the highest, depending upon the program and number of credit hours taken. However, City Colleges remained a low-cost or the lowest cost community college in the region for full-time students enrolled in 14 or more credit hours. The Civic Federation noted that there was some risk associated with this transition for the District, as it could precipitate a further decline in enrollment and a corresponding decline in tuition and fee revenue below projections.

Although the District informed students by providing information on the District’s website, through email communication and by other means, the Federation believes the proposed change in tuition structure should have been communicated to the students before opening registration for the fall 2015 semester. 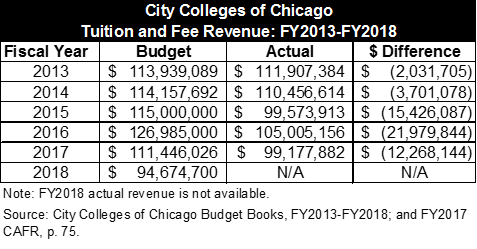 The following table provides the historical tuition rates in place from 2007 to present. Prior to FY2016, City Colleges had not raised in-district tuition rates for four years despite rising costs and reduced funding from other revenue sources and had also minimized its impact on taxpayers by holding property taxes relatively flat. The Federation believes user fees are preferable to general tax increases, but has previously raised concerns that if tuition rates continued to stay flat, students may see a steep increase in tuition rates in the coming years as spending pressures mount, particularly from staffing expenses. 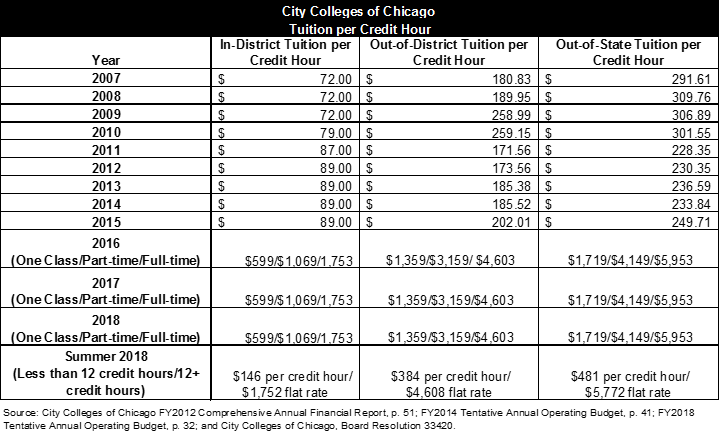 The next chart provides a comparison between the tuition rates currently in place at City Colleges of Chicago and the newly adopted tuition rates that will take effect for the summer 2018 semester. As previously noted, City Colleges is transitioning back to a per credit hour basis for part-time students while keeping a flat rate for full-time students taking 12 credit hours or more. 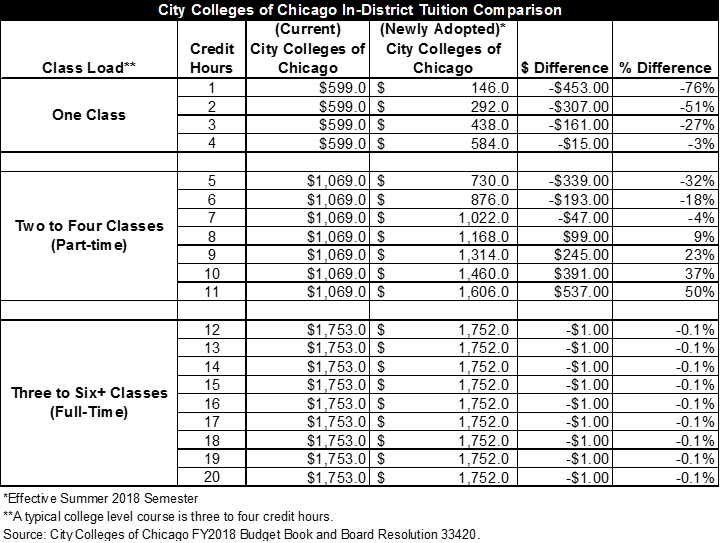 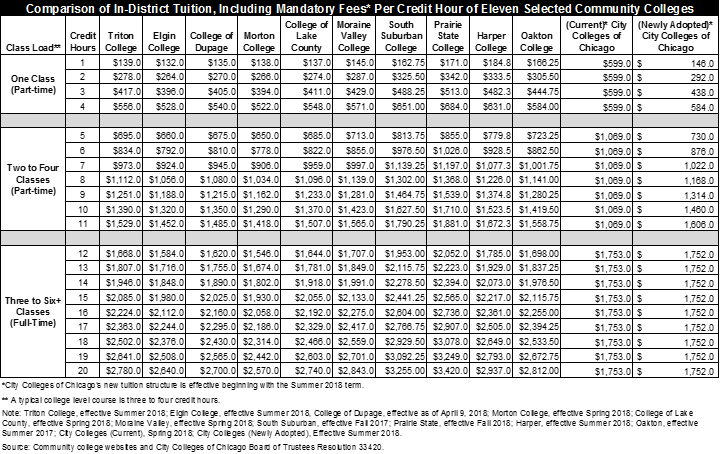 The Civic Federation looks forward to the release of the City Colleges of Chicago FY2019 budget this summer.

The Civic Federation hosted a series of criminal justice reform panel discussions as part of the annual conference of the Governmental Research Association in July. Here we highlight the key takeaways from discussions on two topics currently at the...

The State of Illinois received some good fiscal news this summer: two rating agencies upgraded the State’s credit ratings and a third revised its outlook to positive. The credit upgrades were the first in in two decades, reversing years of negative news.

The State of Illinois currently...