The Multiplicity of Local Governments in Northeastern Illinois

Cook County and its collar counties are a microcosm of Illinois’ multiplicity of local governments. Of the 102 counties in Illinois, the six counties in northeastern Illinois contain nearly 1,300 local government units, or approximately 15% of the State’s total, according to data provided on the Illinois Comptroller’s website.

Recent legislative actions have enabled more local government consolidation. DuPage County’s ACT initiative was recently expanded to include McHenry and Lake Counties and Senate Bill 3 was signed into law on August 14, 2017 as Public Act 100-0107. Public Act 100-0107 grants all 102 Counties in Illinois the same powers previously granted to DuPage, Lake and McHenry counties. It also allows for the consolidation of township governments, allows for townships to take over the duties of certain road districts, removes the cap on the size of a township’s land area and allows for voters to abolish townships that are coterminous with a municipality. You can read more about government consolidation legislation that was recently signed into law here.

Based on data from the Illinois State Comptroller’s website, the following table lays out the number and type of local governments in Cook County and each of the collar counties. It should be noted that no list of governments in Illinois is exhaustive, due to the methodological choices made by the agency doing the reporting and the sheer number of governments to count, so some units of government may be unaccounted for in this list. For example, the Comptroller’s data does not include the Illinois International Port District, which is located in Cook County. It is also important to note that the Comptroller’s data still includes Evanston Township in its list of local governments and is accounted for in this list, even though it was dissolved by the Evanston electorate in 2014 via referendum. 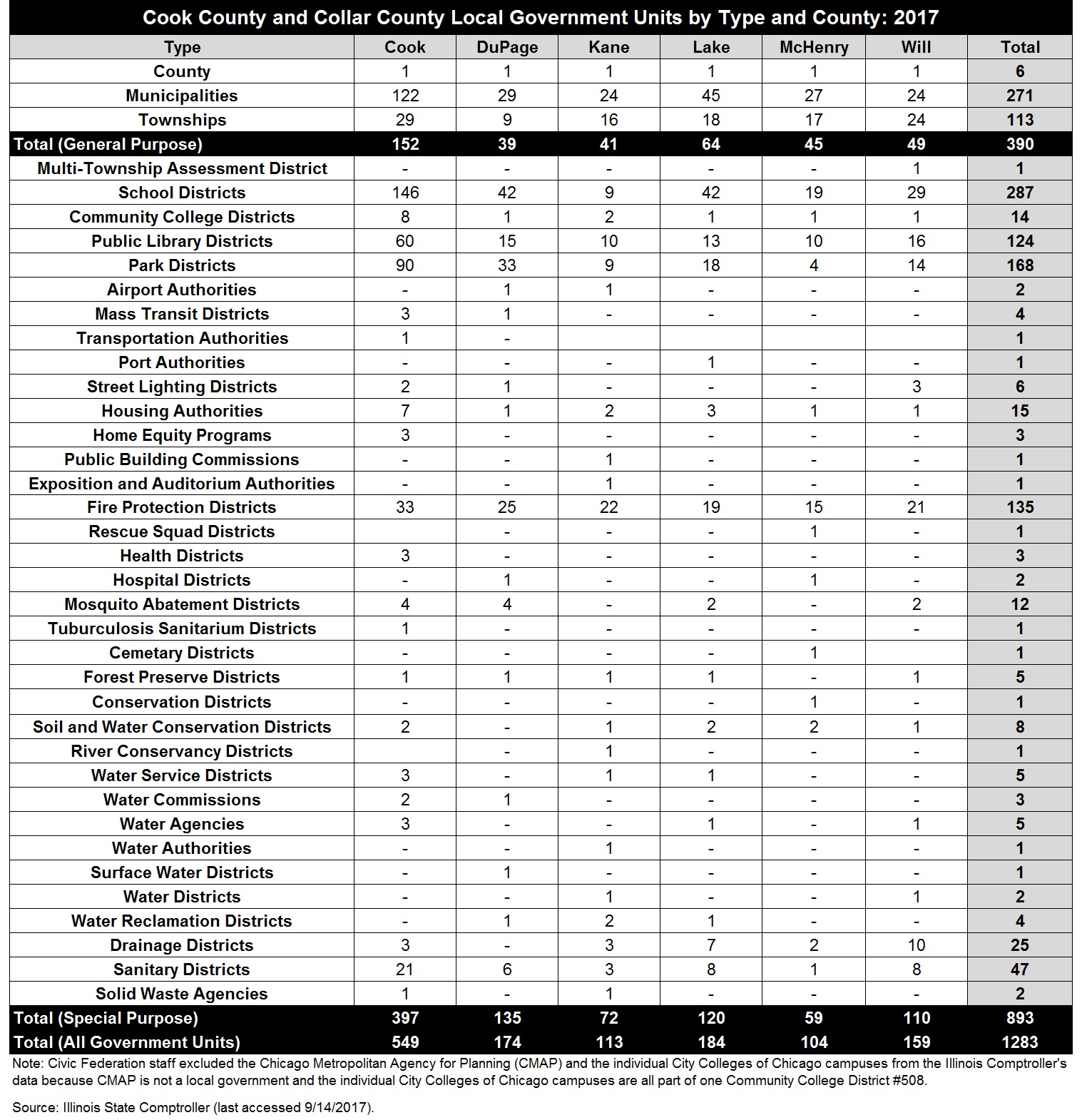 A forthcoming Civic Federation report will provide a comprehensive inventory of all local governments in Illinois.